Learn to perform web scraping with Python in order to gather data from multiple websites quickly, saving you both time, and effort. 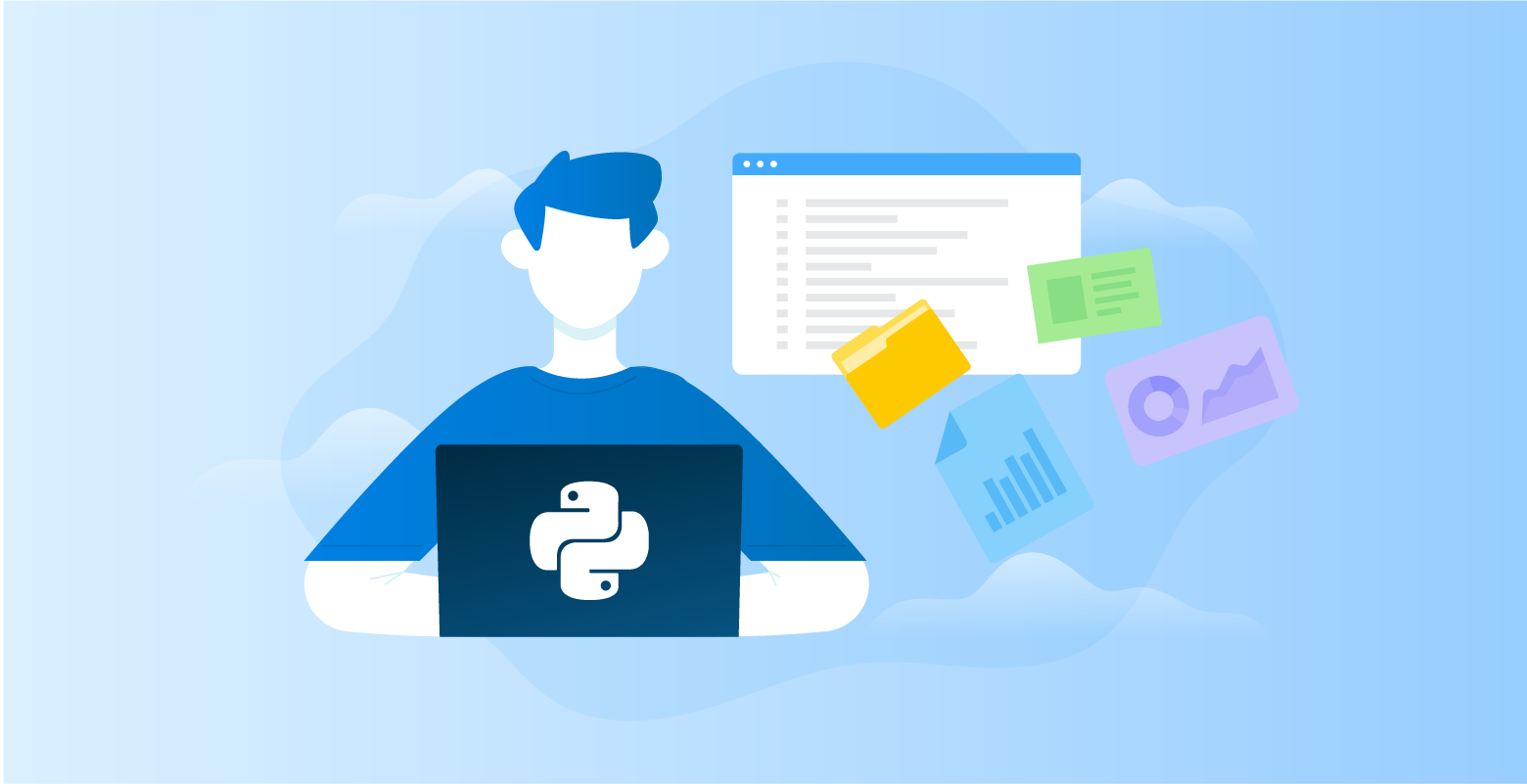 Web scraping with Python allows you to efficiently collect relevant data points, providing you with the tools you need to get the job done.

6 reasons to use Python for Web Scraping

Python is one of the better-known coding languages, which makes it advantageous to many developers. It has many specific features that make it the preferred choice for data collection and web scraping automation, including:

#1: Simplicity – Python is a clear, straight forward coding language that does not include excessive non-alphabetical characters, unlike some other coding languages. The simplicity makes it easier for developers to learn and understand than other languages.

#2: Large libraries – Python has a large number of libraries at its disposal (NumPy, Matlpotlib, Pandas, etc.) which provide developers the ability to easily scrape and manipulate a wide variety of data sets.

#3: Timely typing – Python does not require developers to define or categorize the data types for variables. Instead, variables can be used directly whenever necessary, decreasing the possibility of confusion and saving time.

#4: Syntax is easily understood – Unlike other coding languages, Python syntax is very similar to reading English and therefore easy to understand. The indentations used in Python syntax can help developers discern different scopes and blocks in the code.

#5: Quick – Python allows developers to write simple code for complicated tasks. Developers do not want to spend an excessive amount of time writing code when the point of data scraping is to minimize unnecessary effort. Python allows you to do so.

#6: Familiarity – Python is one of the more commonly known coding languages. This creates a community of developers who can provide answers in case of any questions or road bumps that may come up throughout the process of writing the code.

How does Web Scraping with Python work

The 5 basic steps of web scraping with Python:

Step 1: Choose the URL from which you would like to scrape

Step 2: Read the page and find the data you would like to collect.

Step 4: Run the code to extract the data

Step 5: Store the data in the necessary format

It is important to bear in mind that while certain sites allow web scraping freely, others may block you from doing so. In order to find out if a website blocks web scraping, you can check the website’s “robot.txt” file. You can find this file by adding “/robots.txt” to the URL of the website you wish to scrape. For example, if you would like to scrape data from kayak.com, you would type www.kayak.com/robot.txt into the address bar.

Python can be applied to a variety of different uses, each of which coincides with a different Python library. For web scraping purposes, you will use the following libraries:

Selenium: This is a web testing library used to automate browser activity.

Beautiful Soup: This is a library used for parsing HTML and XML documents. This library creates “parse trees,” allowing for easy data extraction.

Pandas: This is a library used for data manipulation and analysis. This library extracts and stores the data in your preferred format.

Once you have chosen the website from which you would like to extract your desired data sets, your first step is to locate the links to the files that you would like to download. There are many layers of “tags” or code on any given site, and not all of this information is relevant to you. Inspecting the page allows us to figure out where the data you want to scrape is located.

To inspect the page, right-click on-site and then click ‘Inspect’ on the drop-down menu. Once you have clicked ‘Inspect’, you will see a box with raw code open.

3 Steps to Writing Code in Python

Step 1: To start, you need to import the selenium library:

Step 2: Set the credentials and settings to run Selenium:

Note: You can send headers with the request to emulate more “human” behavior and avoid bot detection.

Step 3: Run your code. Selenium will open the target URL, store the page source to a variable, and then write it into a file called “output1.html”. After it’s done, the driver will close.

After extracting the data, you might want to store it in a specific format. This format varies depending on the purposes of your scraping activities. After changing the format, run the code again in its entirety. You can iterate through the data you scraped and extract the exact information you need.

While web scraping with Python may seem complicated, this article was written to turn it into a quick and easy task for newcomers. Whether you are collecting pricing data, doing competitive research on your competitors, enforcing brand protection, or doing a host of other data-oriented tasks, web scraping with Python can be a powerful tool to get you the information you need in a straightforward and simple manner.

Is web scraping and crawling a part of data science?

Yes, web scraping and crawling are a part of the greater field of data science. Scraping/crawling serve as the foundation for all other by-products that can be derived from structured, and unstructured data. This includes analytics, algorithmic models/output, insights, and ‘applicable knowledge’.

How do you scrape specific data from a website in Python?

Scraping data from a website using Python entails inspecting the page of your target URL, identifying the data you would like to extract, writing/running the data extraction code, and finally storing the data in your desired format.

How do you build a web scraper with Python?

The first step to building a web scraper with Python is utilizing string methods in order to parse website data, then parsing website data using an HTML parser, and finally interacting with necessary forms/website components.

Which is the best Python-based library for scraping or crawling?

You will want to work with Python’s Standard Library (with ‘urllib’ including Python tools to work with specific URLs such as ‘urlopen()’ allowing users to open target URLs within a desired program).

What is a reverse proxy

Reverse proxies can serve as a more efficient encryption tool, helping attain distributed load balancing, as well as locally caching content, ensuring that it is delivered quickly to data consumers. This article is your ultimate guide to reverse proxies

What is a private proxy

Private proxies offer better security, increased privacy, and a 99.9% success rate at a higher price. Shared proxies are considerably more cost-efficient options for target sites with simpler site architectures. This guide will help you understand the major differences whilst making the right choice for your business.

How to parse JSON data with Python

Here is your ultimate ‘quick, and dirty’ guide to JSON syntax, as well as a step-by-step walkthrough on ‘>>> importing json’ to Python, complete with a useful JSON -> Python dictionary of the most commonly used terms, making your life that much easier

What is big data analytics

This website uses cookies to improve your experience while you navigate through the website. Out of these, the cookies that are categorized as necessary are stored on your browser as they are essential for the working of basic functionalities of the website. We also use third-party cookies that help us analyze and understand how you use this website. These cookies will be stored in your browser only with your consent. You also have the option to opt-out of these cookies. But opting out of some of these cookies may affect your browsing experience.
Necessary Always Enabled
Necessary cookies are absolutely essential for the website to function properly. This category only includes cookies that ensures basic functionalities and security features of the website. These cookies do not store any personal information.
SAVE & ACCEPT
Data Collector free trial request