< Back to blog
How tos

How to collect online data without using proxies

When you want to collect data from the web, how necessary is it to utilize proxies? In this article, we will discuss the different non-proxy web data extraction methods 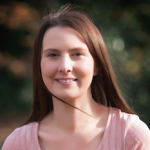 Web scraping, or data harvesting, can be used to extract all kinds of data, from products and pricing to public records. There are services that can scrape data for you, tools that you can operate from your desktop or those that you run from a server. All of these tools can be used with or without proxies, and we will look at the various options.

What are the benefits of scraping data without proxies?

When you want to collect small amounts of data, where IP blocking is unlikely to be an issue, proxies can be slower to use and incur additional costs.

There are small-scale web mining operations that can be safely performed without proxies, such as scraping structured data from one URL at a time.

Let’s look at the ways in which you can use a web scraping tool without a proxy.

Using your own IP address

You can probably manage to scrape a small amount of data using your own IP address using a scraping tool, without being blocked.

Be aware, however, that if a website identifies you and detects that you are collecting publicly available data, you could be blacklisted and you will be unable to gather any more data from the website using your own IP address.

Slowing the speed of your scraping activities is both ethical and less risky. You can collect data without impacting site performance and speed for other users. Crawlers can be detected via high download rates or unusual traffic patterns, performing repetitive tasks on a website and honeypot traps, which could be links that are invisible to normal users but can be seen by crawlers.

Website owners tend to block spiders and crawlers in order to optimize their server load. By appearing more ‘human’ you can avoid being flagged and ultimately blocked.

By using privacy tools such as Tor to mask your IP address, it is technically possible to scrape data from the web and avoid having your own IP address from being blocked.

Do bear in mind though that while it can work, tools like Tor were not designed for scraping or automation. Tor has around 20,000 IP addresses, all of which are marked and identifiable. Scraping through the Tor network can result in exit nodes being blocked by websites, which prevents any other Tor users from being able to visit the site.

IP-hiding tools can also be slow when used for this purpose because they pass traffic through multiple different nodes before reaching a website, and IP addresses could also be blocked by websites that detect multiple requests from a single IP.

A user agent is a part of an HTTP request that tells servers which web browser is being used. They are unique to every web browser and if you consistently use the same user agent to request access, a website can use this to identify you as a crawler.

This allows you to hide the fact that you are a crawler. This means you can collect the same data as Google would see, or crawl a website as a mobile user would see it.

On its own, this wouldn’t allow you to evade being banned by a server but is another useful way to get the most out of your tools when limited by a server’s hit rate.

Through a virtual private network (VPN)

A virtual private network allows you to hide your identity online and is often used to access geo-restricted content. It works by rerouting all your traffic, whether it’s coming from a browser or background app, through a remote server and hiding your IP address.

The majority of VPNs encrypt your traffic providing anonymity, security and helping to prevent blocking and censorship. In this way, you are no longer susceptible to website tracking or being identified.

VPN traffic can be slow, because of the encryption process. Also, VPNs are not designed to carry out large web scraping operations, so they are more commonly used by individuals who want privacy while browsing the internet or accessing geo-restricted content.

VPNs are very useful if you are looking to harvest data from a site manually and you don’t want anyone to find out who is doing the scraping. It is restrictive without proxies, as you are only using one IP address and your VPN can be banned or limited.

A headless browser is a browser without a graphical user interface and is not visible on desktops or any other platform. Google has created a headless Chrome browser called Puppeteer, and there are other options such as Selenium and PhantomJS.

They can help you go undetected while web scraping and you can automate the process through a command-line interface, crawling more pages at once since websites don’t need to be rendered. The only downside is that these browsers use a lot of RAM, CPU, and bandwidth, so this option only suits those with a powerful set-up.

As we have shown, there are no viable alternatives to using proxies when gathering online data at scale. All of these methods have severe limitations and should be avoided if you are serious about effectively collecting large amounts of accurate data.

Using a proxy network reduces the chances that you will be banned, blocked or deceived when mining data. You can choose the location or device your request is coming from, which is useful for gathering data from any type of website. It is also much faster and allows you to collect unlimited amounts of data.

If you’re interested in finding out about collecting data using proxies, read our guide to choosing a proxy service for web scraping and learn about our data collection services.

Bright Data has more than 72 million residential IPs in our residential proxy network, which our customers use to scrape accurate data across the world, without being blocked or misled.

Ready to start using proxies to scrape online data?
Go to our sign-up page to get started

This website uses cookies to improve your experience while you navigate through the website. Out of these, the cookies that are categorized as necessary are stored on your browser as they are essential for the working of basic functionalities of the website. We also use third-party cookies that help us analyze and understand how you use this website. These cookies will be stored in your browser only with your consent. You also have the option to opt-out of these cookies. But opting out of some of these cookies may affect your browsing experience.
Necessary Always Enabled

Any cookies that may not be particularly necessary for the website to function and is used specifically to collect user personal data via analytics, ads, other embedded contents are termed as non-necessary cookies. It is mandatory to procure user consent prior to running these cookies on your website.

We’ll be happy to schedule a call and one of our representative will help you set-up your proxy settings for your use case.